What is it really like to relocate to Bermuda?

An idyllic location coupled with low tax and accelerated career progression – how does that sound?

Bermuda, along with the Cayman Islands, and other offshore locations across the Americas and Europe, has been one of the most sought-after relocation options for Hanami’s candidates over the last four years.

How would you describe the lifestyle in Bermuda? 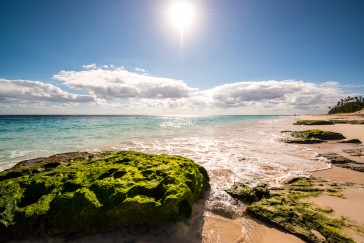 It’s fantastic! Summer is the best time that you will have in your life! The days are long, you are never more than a couple 100 metres from the beach, there are a lot of water sports and activities and, on weekends, it’s very common to organize boat parties (commonly referred to as “booze cruises”). Needless to say, you tend to not remember large portions of these cruises. But they are really fun! During the week, it’s also very common for people to leave work at around 5/6 pm, head to the beach and play volleyball or just tan and swim.

The best weekend on the island is “Cup Match Weekend” where one side of the island (St Georges) competes with the other side (Summerset) in a game of cricket. If you have a chance, you should google it and read up on it. It’s really great! Because the island is small, there are a limited number of bars, restaurants and even fewer clubs. But it’s more the company you are with, rather than the location, that makes the difference.

Busy season at work falls between October – April so you won’t really have a lot of free time during this period. In winter, it’s common for people to just get together at someone’s house and have a BBQ or something similar.

How do you find your morning commute?

In Bermuda, you are only allowed one car per household and a car is very expensive to buy on the island. So all ex-pats either use public transport or they buy a scooter. Public transport is ok and there are enough buses to get you around, but waiting can become frustrating, especially if all your mates have scooters. There are a lot of taxis on the island. The taxi rates are expensive, and they only take cash, but they do come in handy when you are in no condition to drive yourself home! I would recommend getting a second-hand scooter. You can buy a really basic one for around $500 -$800, but it will not be very reliable, and it won’t last long. A really good second-hand scooter will probably cost you between $1500 and $2500. There is a website (Emoo.bm) where you can buy a range of second-hand scooters at decent prices. It’s a bit daunting when you first drive a scooter, but you get used to it very quickly and actually start enjoying it. One of the main things that I miss from Bermuda is my scooter!!

Have you had the chance to travel?

Absolutely! The island is a one-hour flight from New York and close enough to most of the East coast of the US (Florida is also a very good option). You can also travel to South and Central America, Canada as well as the Caribbean. It’s also only six hours from the UK. It’s very common for people to go away on weekends.

What are your thoughts on the people on the island? 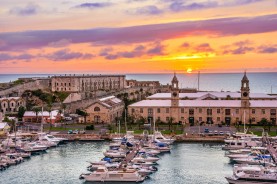 The locals are very welcoming, and it’s considered a sin on the island if you do not say “Good Morning”, “Good Afternoon” and “Good Evening” to every single person that you pass on the street. The locals take greetings very seriously! There is a perception on the island that you don’t see locals socialize with ex-pats outside of work, but this was never the case with me; I met a lot of locals that I ended up forming friendships with. Also, there are a lot of other ex-pats on the island and you get to meet a lot of people with different backgrounds and cultures (English, Canadians, South Africans, etc.)

Is the weather in Bermuda everything you expected?

It is, it’s very good. It’s relatively warm in winter (ranges from about 10 degrees to around 18). However, there is lots of rain and it does get a little chilly on the scooter (especially in the mornings and evenings). In October and November, it becomes very windy and wet during these months. If the island has a direct hit from a hurricane, it can become a little nasty. However, it does provide a great opportunity to host a “hurricane party” at your house.

Summer, it’s hot but never really exceeds 30 degrees. The problem is the humidity; it’s hard to cope with, especially if you rely on public transport and if you plan on walking around a lot, I would recommend taking a change of clothes. Very important! The first thing you should buy (other than a scooter) is a de-humidifier otherwise you will have mouldy clothes very quickly. You can also get a good second-hand de-humidifier from Emoo.

What is your opinion on the cost of living in Bermuda? 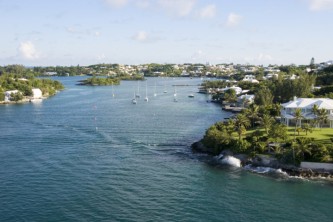 The downside to living in Bermuda! Rent is expensive and most ex-pats live with one or two housemates to split the costs. I was living in a house with two other mates, and we were paying $ 1,500 each per month. Food and drinks are also expensive and eating out can set you back financially if you do it too often. Also, as almost all food and products are imported, they are not the freshest and not the best quality. Luxury goods are also very expensive. It’s very common for people to go over to New York for a weekend of shopping.

Despite this, individual salary in Bermuda is one of the highest in the world and you pay no tax. So, it evens out in the end and if you are smart and careful, you can actually save a lot of money on the island.

What would you say is your favourite thing about Bermuda?

The lifestyle, the scooter and the people you meet. Whenever someone asks me to explain Bermuda to them, I always say it’s like Neverland in the Peter Pan stories. You never really grow up there!

For more information on our Bermudan and other offshore Audit, Tax and Advisory opportunities, speak to
Adam Nelson or Andrew Bell on +442070487880 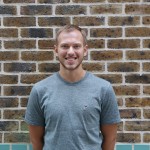